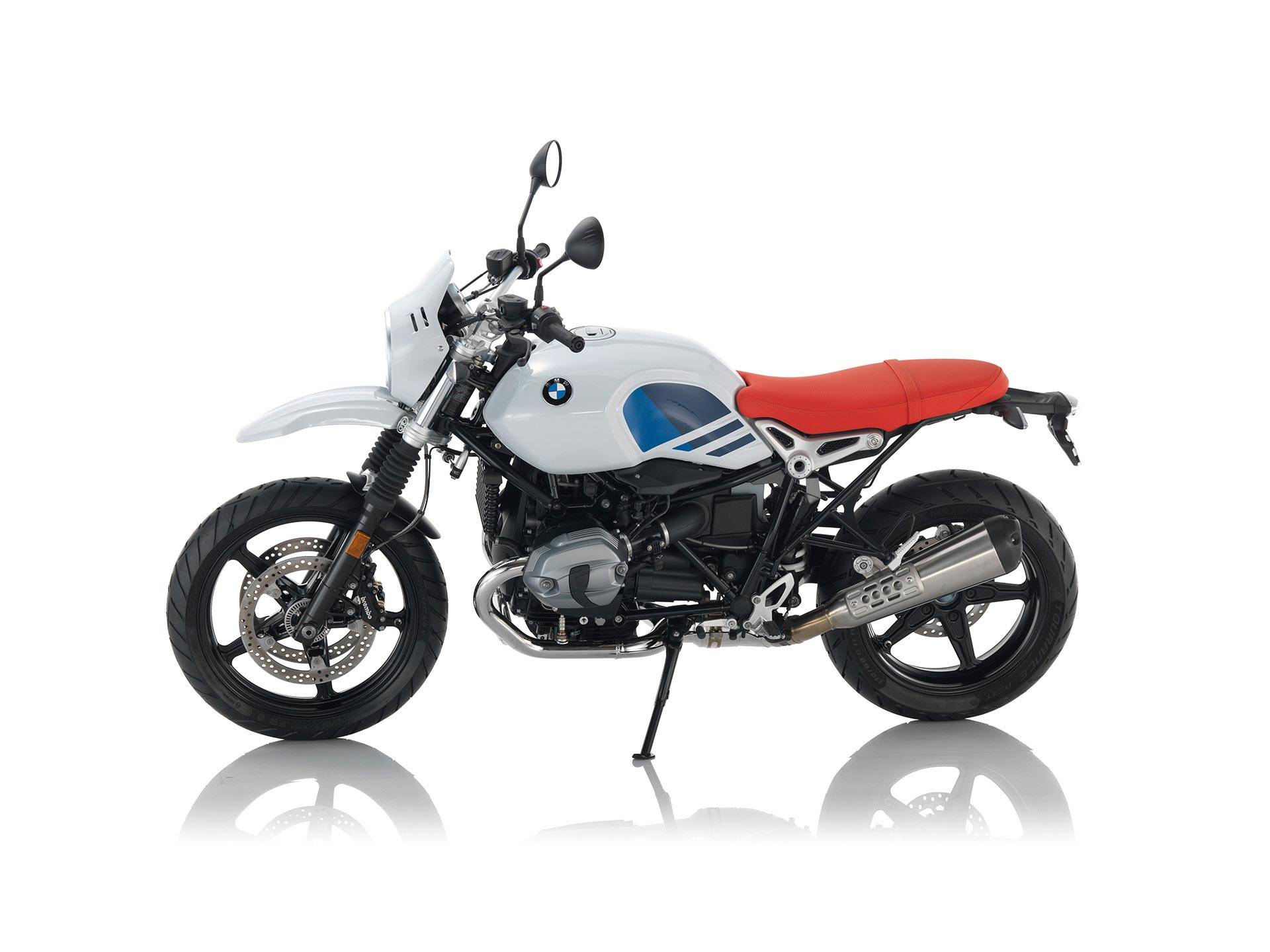 The R nineT Urban G/S makes a clear statement: It pays tribute to the early days of BMW Motorrad's G/S success story. Just one look and it's clear that the R nineT Urban G/S captures the off-road spirit of that era. At the same time, its driving characteristics make it a true member of today's nineT family. It reflects the way of life of that time: People knew where they wanted to go, and they knew exactly how they would get there. Off road or on road - you decide with the R nineT Urban G/S.

The Source of Inspiration.

The eyecatching design of the R nineT Urban G/S captures the spirit of the legendary R 80 G/S, winner of the Paris Dakar Rally. Distinctive, stylistic elements make it a powerfully robust bike that pays tribute to the original G/S design: the 19-inch front wheel, the telescopic fork, the headlamp mask with the windscreen and the raised mudguard define the front of the bike. Its profile is defined by white body elements and the narrow, slightly longer red seat revive the spirit of the legendary R 80 G/S from 1980. The black engine and frame highlight this effect. The new classic round instruments also show that the Urban G/S is part of the nineT family. The R nineT Urban G/S also excels on everything from unpaved paths to gravel roads. The optional studded tyres and spoke wheels, the Enduro foot pegs, the bolted-on heat shield and the steel footbrake lever highlight this fact, both functionally and visually.

The R nineT Urban G/S is faithful to the past with its looks, but it shows equal respect for the present with its modern technology. The R nineT Urban G/S meets the current EU-4 standard thanks to its state-of-the-art technology. The powerful air-cooled, two-cylinder boxer engine features a capacity of 1170 ccm and 81 kW (110 bhp) of output for a highly dynamic power delivery, even at low speeds. All for a light and modern riding experience. The standard ABS and optional ASC Automatic Stability Control ensure that you're always safe when you bring your power to the road - or gravel.

1) According to guideline 93/93/EWG with all fluids, fuelled with at least 90% of usable tank volume